The Ugandan-born-Canadian poet Juliane Okot Bitek, who was born in 1982 at the University of Nairobi in Kenya to Ugandan parents Caroline and Okot P’ Bitek, has been named the winner of the African Poetry Book Fund’s 2017 Glenna Luschei Prize for African Poetry. This prestigious prize has been awarded for her poetry work in memory of Rwanda genocide published by University of Alberta Press, 2016 as a collection of poems under the title 100 Days.

Among the judges for this year’s prize was the award-winning writer and scholar John Keene who complimented Bitek’s book for its excellence in simplicity alongside a substantial focus on African issues. Keene remarked that:

‘In 100 Days, poet Juliane Okot Bitek set out to memorialize the tragedy of the Rwandan genocide, but the witnessing force of these brief, incantatory poems ripples outward to figuratively encompass multiple histories of violence and brutality, including the terror her own family and countless others faced under Idi Amin’s regime in Uganda. The lyric beauty, intertextual depth, and metonymic power of Okot Bitek’s poetry underscore the capacities of art and language to cast light into the darkest corners of our human experience, and bridge the gulfs that lie between us.’

In the same appreciative tempo Kwame Dawes, the director of African Poetry Book Fund which administers the Glenna Luschei Prize similarly preferred Bitek’s book because Bitek is a testimony of the rich legacy of African letters, a legacy that Bitek has made through her efforts in the beautiful collection of poems in the 100 DAYS.

Glenna Luschei Literary Prize comes with a $1,000 USD which is annually awarded to an African poet and writer who has published in the previous year. Now in its fourth year, and with a very invigorating support from Glenna Luschei, this important African literature prize continues to recognize not only the work of African poets but the efforts of those publishers who publish these poets.

The Writer Juliane Okot P’ Bitek is not a new name in literature, just like her father Okot P’ Bitek she is a gifted poet with a focus on African politics and culture; she was anthologized in the Boda Boda Anthem published by Kampala babishai poetry in 2015.

Juliane is currently a PhD Candidate at the University of British Columbia’s Liu Institute for Global Issues in Vancouver. Her other works have been published widely online and in print in renowned literary magazines including Arc, Whetstone, Fugue, and Room of One’s Own, and has been anthologized in Great Black North: Contemporary African Canadian Poetry and Revolving City: 51 Poems and the Stories Behind Them.

The African Poetry Book fund which administers this annual prize was established by Laura and Robert F. X. Sillerman in partnership with the literary journal Prairie Schooner. Its primary objective is to celebrate and cultivate the poetic arts of Africa both within Africa and in the Diaspora. The Glenna Luschei Prize for African Poetry is funded by literary philanthropist and poet Glenna Luschei. It is the only pan-African book prize of its kind, it is focused on promoting African poetry written in English or written in African languages but translated into English. 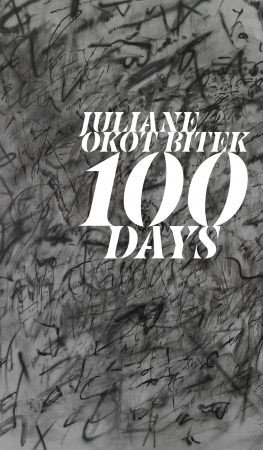 An interesting phenomenon is that critical examination of the current history of African literature shows that the pioneering African writers of the last century were basically men who wrote about post-colonial and anti-colonial themes, but now the good African writers are substantially women who deal with the complexities in the post-modernist literary outlook.

African literature now has women writers as its pillars. Authorial excellencies evinced in the works of Laila Lalami, Taiye Selasie, Emma Dabiri, Penina Muhando, Grace Musila, Jennifer Makumbi, Okwiri and Oduor is no other testimony but an argument that African literature is shifting slowly from being a turf for men to an engendered space of socialization courtesy of improving education policies.