“Live free or die” were Solitude’s last words when she was executed for her involvement in the 1802 slave rebellion in Guadeloupe.

Born in slavery in the plantations of Guadeloupe in 1772, Solitude’s father was a French sailor and her mother was an African woman who was reportedly raped during a voyage on the slave ship.

A beautiful woman with a brown skin and charming eyes which were of different colouration, Solitude was admired by many.

When her mother fled the plantation where she was enslaved, Solitude was left all alone with her enslavers.

Slavery was abolished in 1794 in the French colonies due to the Haitian slave revolt. The French government took that move in order to avoid a generalized slave revolt in all its colonies. 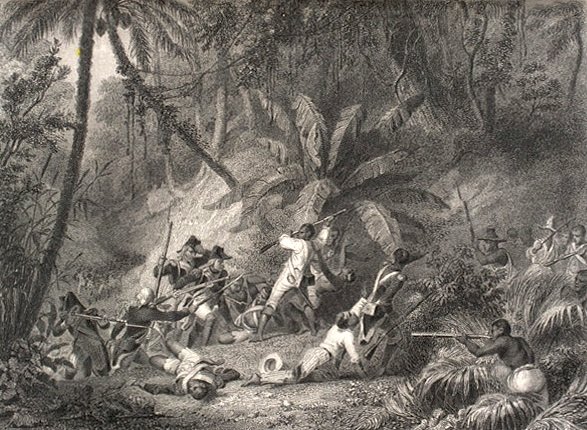 But eight years after the abolition, Napoleon Bonaparte restored slavery in the French colonies and sent about 3,500 troops led by General Antoine Richepance to Guadeloupe to enforce that decree.

Solitude was freed in the first abolition of 1794, but after Napoleon’s decree, she became a maroon and joined a group of freedom fighters that were led by men such as Louis Delgrès, Ignace, Paleme and Jacquet.

They organized as a small army and fought against the French troops. On May 10, 1802, Delgrès launched a proclamation entitled “To the whole universe, the last cry of innocence and despair”.

Solitude, though a few months pregnant, joined this fight against Richepance’s troops.

She was said to be a fierce and fearless warrior who “pushed herself and her belly into the heart of the battles” at Dole, Trou-aux-chiens, Fond-Bananier, and Capesterre.

“From victory to victory, and then from setback to setback, she pushed herself and her womb all the way up into the mountains before the final defeat,” according to accounts.

After eighteen days of combat, Richepance’s side overpowered the rebels and Delgrès and his comrades died in an explosion.

Solitude got injured in the explosion and was captured and sentenced to death.

But since the child in her womb was to become the property of her slave owner, she was temporarily pardoned and her execution was rescheduled to the day after the birth.

She gave birth on November 28, 1802, and on the morning of the following day, the greatest heroine of the revolution, who was now 30 years, stepped out of jail peacefully while, according to accounts, maternity’s milk slowly stained her nightshirt.

She was then executed with no one knowing the whereabouts of her child.

Solitude has since been described as the symbol of Caribbean women who fought to protect the ideals of equality and freedom. 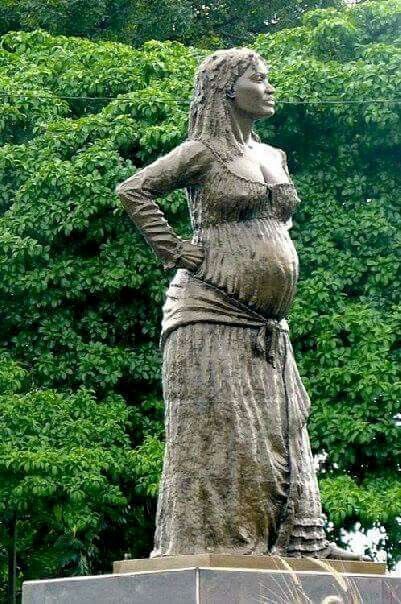 Her name is still on the lips of many, and now graces squares and avenues in Guadeloupe. According to accounts, she has also been featured in a poem, a song, a library, and a museum room.

A statue honouring Solitude was erected in 1999 in the community called les Abymes (Guadeloupe).