It may not be as famous as the Great Wall of China, but it was at one time in history the largest man-made structure in the world.

Constructed over a period of 600 years, the Great Walls of Benin was located at the southern border of the defunct Benin Kingdom, which was one of the oldest and most highly developed states in West Africa.

For the over 400 years the Walls existed, it protected the inhabitants of the kingdom, particularly, the traditions and civilisations of the Edo people, until it was ravaged in 1897 by the British.

What else is there to know about this amazing structure?

The walls, which are four times longer than the Great Wall of China, are a combination of strong materials like ramparts and moats, which predated the use of modern earth-moving equipment and technology, and were used for defensive purposes.

Construction work on the wall began around 800 AD and ended mid-1400.

Archaeologists say it took an estimated 150 million hours of digging by local people to construct the wall and the structure is considered as the largest single archaeological phenomenon on earth.

The Great Walls of Benin was estimated to extend for about 16,000 km in length; both the exterior and interior walls. 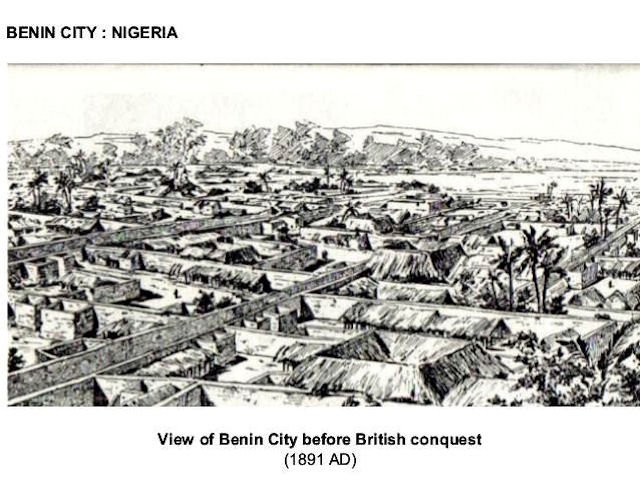 Less than 500 years after the completion of the Great Wall, the British ravaged the walls in what has come to be known as the Punitive Expedition. This expedition was said to have destroyed more than a thousand years of Benin history and one of the earliest evidence of African civilization.

Currently, scattered pieces of the structure remain in Edo, with locals using some of these pieces for building purposes.

Parts of the walls are also being torn down for real estate developments.

In 1995, the historical structure was added to the UNESCO World Heritage Tentative List in the cultural category.

Though in ruins now, its existence continues to evoke memories of the once wealthy, powerful and industrious kingdoms that ever lived in African history.