For many people, beer is their go-to drink when they are looking to have a good time. For Ancient Nubians, beer was more than a fun-time drink, it came with quite a number of benefits one of which is its antibiotic qualities.

Ancient Nubians occupied modern-day Sudan thousands of years ago. They not only consumed beer at a young age but made sure that the beer had health benefits for the young and old.

In 2010, scientists discovered that Nubians who lived more than 2000 years ago had been consuming an antibiotic called tetracycline after a chemical analysis of their bones. 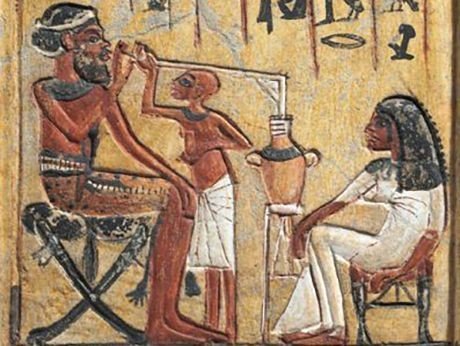 The study, led by chemist Mark Nelson, indicated that these Ancient Nubians deliberately produced and consumed the drug.

“The bones of these ancient people were saturated with tetracycline, showing that they had been taking it for a long time. I’m convinced that they had the science of fermentation under control and were purposely producing the drug,” he said.

So how did the Nubians produce the drug?

According to the study, the tetracycline is made from bacteria in the soil called Streptomyces. The warm and arid region of the Nubian kingdom made it possible for this bacteria to thrive.  The Ancient Nubians knew the process of propagating the beer with the bacteria to make it antibiotic.

Although doubts may have crept in that the propagation was a fluke, the large amount of tetracycline in the bones proved this wrong. It was evident that the Nubians knew what they were doing.

The recipe of this antibiotic beer is lost to history and no one knows how and when it got lost.

George Armelagos, a biological anthropologist at Emory University in Atlanta and co-author of the study also posited that the bacteria was also available in gruel made of grain as per the availability of in antibiotics deposited in the bone from a young age. He also said that the gruel could have been used as weaning food, accounting for the rise in antibiotics between ages two and six.

Although the discovery was made as far back as 1981, not so many people were convinced probably because of the modern-day discovery of antibiotics in 1928 and discovery of modern-day tetracyclines in 1948.

Apart from being antibiotic, beer in ancient times was also used to treat gum diseases and other ailments.