June 18th, 1964, was a powerful yet little talked about moment in the history of the United States, and an especially important one in civil rights movement.

On this day, a white hotel manager was photographed as he poured acid into a pool where white and black activists had integrated to protest segregation.

Together with the other protests and demonstrations in the summer of 1964  known as the St. Augustine Movement, this event at the pool in St. Augustine, Florida was so powerful that it changed the course of history, bringing more resolute action towards the plight of black people.

On June 11, 1964, a week before the event, civil rights icon, Martin Luther King, Jr. was arrested for trespassing at the Monson Motor Lodge after being asked to leave its segregated restaurant. According to historians, King used the “confrontation as an opportunity to publicize both the non-violent approach used by civil rights activists and the desperate discrimination against black people that persisted across the city”.

King’s protest is captured in full in the video below.

King’s arrest, his only time in the state of Florida, spurred a series of protests and confrontations between activists, police, and segregationists, one of which was a ‘swim-in’ demonstration. King and his two associated planned the ‘swim-in’ at the same lodge that refused to admit him at its restaurant.

White activists paid for motel rooms and invited black people to join them as their guests in the “whites only” pool. The motel manager, Jimmy Brock, allegedly furious with King’s earlier protest and now the ‘swim-in’, poured a bottle of muriatic acid, an undiluted hydrochloric acid used to clean pools, into the pool, hoping the swimmers would become scared and leave.

In June 1964, James Brock dumped acid into the water at the Monson Motor Lodge in St. Augustine, Florida. The swimmers were protesting the hotel’s whites-only policy.

Brock apparently exclaimed, “I’m cleaning [the] pool!” as he poured the acid, a move captured by journalists and photographers who had gotten word of the demonstration and were onsite. 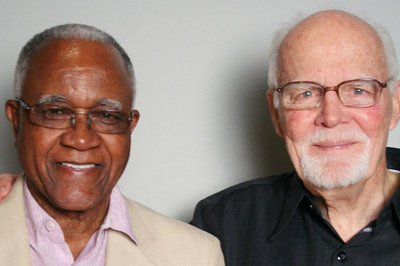 J.T. Johnson (left) and Al Lingo recall protesting a whites-only pool policy at a Florida hotel in 1964 on NPR

NPR interviewed two of the “swim-in” protesters, J.T. Johnson and Al Lingo, when they were 76 and 78, respectively. The two recalled that the hotel manager, Brock had ‘lost it”.

“Everybody was kind of caught off guard,” J.T. said.

“The girls, they were most frightened, and we moved to the center of the pool,” Al added.

“I tried to calm the gang down. I knew that there was too much water for that acid to do anything,” J.T. said.

Historians say that one swimmer, who knew that the ratio of acid to pool water was too little to be a threat drank some of the pool water to calm the other swimmers’ fears. Though some of them were scared, they did not back out of their demonstration. In fact, a cop had to jump in to arrest the protesters.

“When they [dragged] us out in bathing suits and carried us out to the jail, they wouldn’t feed me because they said I didn’t have on any clothes. I said, ‘Well, that’s the way you locked me up!’,” J.T. explained. 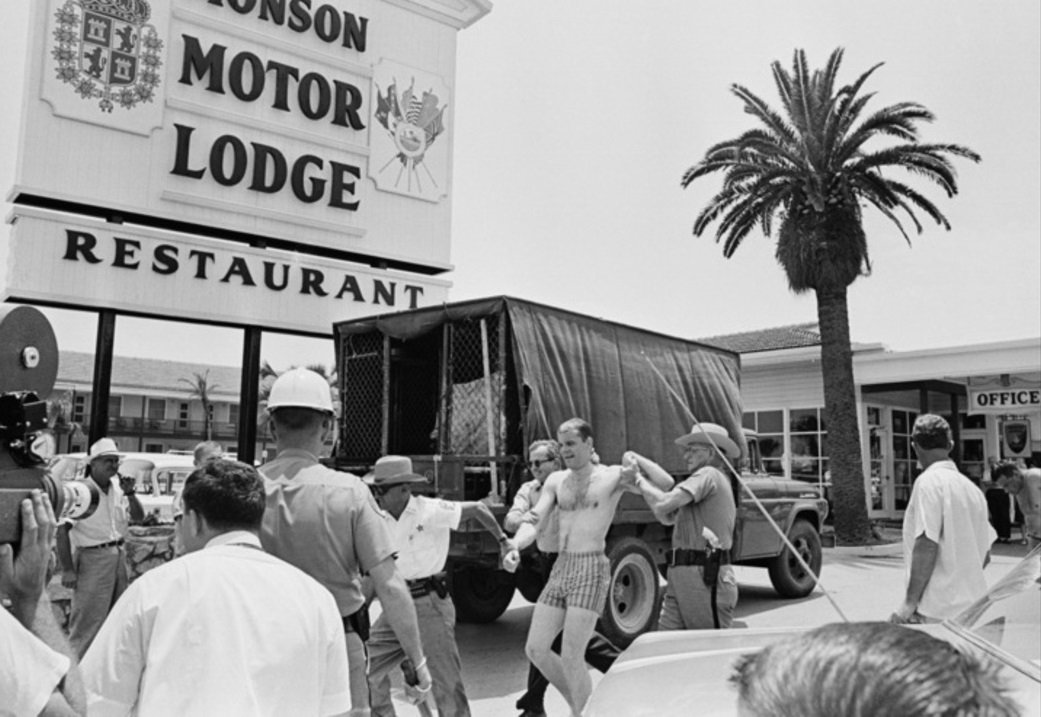 The aftermath of the swim-in

Historians say, “the aftermath of Dr. King’s arrest and the swim-in demonstration was both swift and powerful”. Once lawmakers and public officials saw images from the “swim-in” among other protest activities in the St. Augustine Movement, public outcry for action intensified and officials could no longer feign ignorance.

In fact, on the following day, the Civil Rights Act was approved, after an 83-day filibuster in the U.S. Senate.

“That had not happened before in this country, that some man is pouring acid on people in the swimming pool,” J.T. said. “I’m not so sure the Civil Rights Act would have been passed had [there] not been a St. Augustine. It was a milestone. We was young, and we thought we’d done something — and we had.”

The “swim-in” and the accompanying photos became both a show of humanity of different race activists and the deep racial hatred on those who sought to subvert it.