Born in 1753, the girl who later became Phillis Wheatley was kidnapped from her home in West Africa and arrived in the United States of America, Boston on the 11th of July 1761. There is no clearly stated evidence of where exactly in West Africa she came from, however, it is believed that she most likely was kidnapped between modern-day Gambia or Senegal.

Many scholars have concluded on Senegal as her original African home due to the fact that she was on a slave ship Captained by Peter Gwinn, an American popularly known within the slave trading business.  On arrival in Boston, Phillis was immediately purchased by a local tailor and wealthy merchant John Wheatley to serve his wife Susanna.

Arriving in the home of the Whitleys, John and Susanna decided to name her after the ship in which she arrived. The ship was called Phillis owned by Timothy Fitch. In addition to being named after the ship, she was also given the surname of her masters Wheatley hence the name Phillis Wheatley.

Unlike other slaves, Phillis was treated well in the home of the Wheatleys and enjoyed many privileges like any other child in the household. She was encouraged to learn how to read and write and received proper education being taught by the Wheatley Children; Mary and Nathaniel and their mother Susanna. 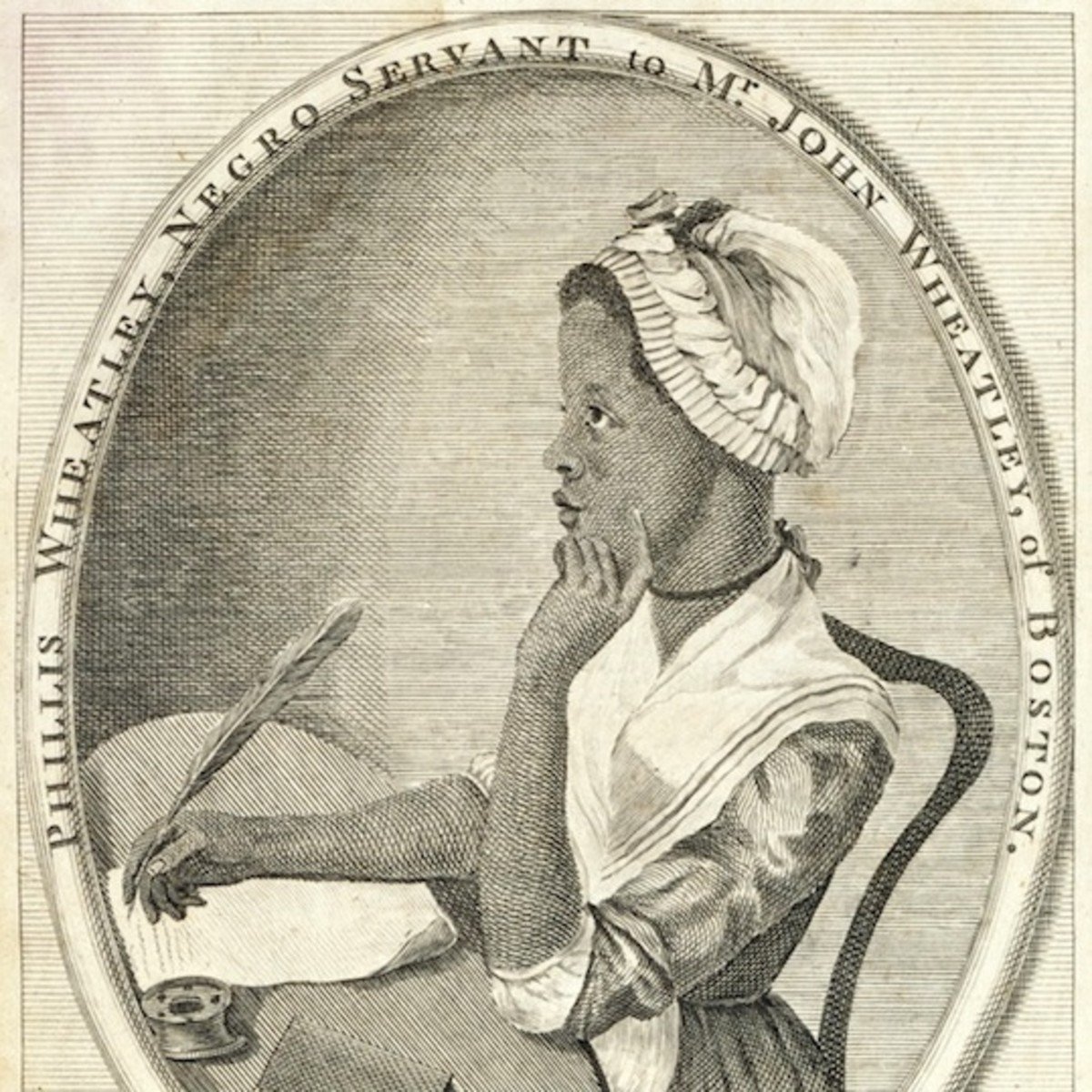 Phillis began to write poetry, themed on hope, freedom and morality. John Wheatley took so much pride in her works often showing it off to many of his friends in high ranking. After a while, he decided that Phillis concentrated on her education while the domestic work was left to the older slaves in his mansion.

At 12, she wrote her first poem To the University of Cambridge-New England which was made public. In 1767, Phillis saw her first poem “On Messers Hussey and Coffin” published in the Mercury a newspaper in Newport, Rhode Island just before she turned 14.

The publication of this poem established Phillis as the first African-American to be published. The poem did not do so well but sparked conversation about the slave girl’s writing and marked the beginning of Phillis’ literary journey.

On Messers Hussey and Coffin

Did Fear and Danger so perplex your Mind,
As made you fearful of the Whistling Wind?
Was it not Boreas knit his angry Brow
Against you? or did Consideration bow?
To lend you Aid, did not his Winds combine?
To stop your passage with a churlish Line,
Did haughty Eolus with Contempt look down
With Aspect windy, and a study’d Frown?
Regard them not; — the Great Supreme, the Wise,
Intends for something hidden from our Eyes.
Suppose the groundless Gulph had snatch’d away
Hussey and Coffin to the raging Sea;
Where wou’d they go? where wou’d be their Abode?
With the supreme and independent God,
Or made their Beds down in the Shades below,
Where neither Pleasure nor Content can flow.
To Heaven their Souls with eager Raptures soar,
Enjoy the Bliss of him they wou’d adore.
Had the soft gliding Streams of Grace been near,
Some favourite Hope their fainting hearts to cheer,
Doubtless the Fear of Danger far had fled:
No more repeated Victory crown their Heads.

Phillis would later become known as the only African-American to be taken seriously first as a person and as a writer. Her descent and gender, as well as the Wheatleys’ profound interest in her education, also raised a lot of brows and conversation. To the King’s Most Excellent Majesty is an elegiac poem that she wrote about the death of the popular and celebrated preacher George Whitefield. It is the poem that finally sparked her writing career.

As a poet, she avoided the topic of slavery but wrote about the issues of the Black- American societies. Her poem, “On being brought from Africa to America” contains very subtle rebuke to the whites that engaged in slave trading. The poem sparked a lot of anger among white readers but that did not destroy her writing career. Her works soon travelled out of the shores of America into the English society where it was seriously read and discussed.

At the age of 20, in May 1773, Phillis travelled to London with Nathaniel Wheatley to seek proper medical attention and to follow up on the prospects of having her works published as a collection. Her first book “Poems of Various Subject, Religious and Moral” was published in the same year. In September of that year, Phillis returned to Boston due to the ill health of her mistress Susanna Wheatley. She was offered her freedom by the Wheatleys in October of 1773.

Susanna Wheatley died in 1774 and John Wheatley in 1778. Shortly after the death of John Wheatley, Phillis married John Peters, a free African-American grocer who was imprisoned for being in debt in 1784. He left behind his wife and only surviving son in stark poverty.

Phillis was unable to publish any more books due to financial issues, she worked as a maid in a boarding house and published less than 6 poems after marriage.